Rock Hounds Who Sniff Out Gas

The pilot light on your stove goes out and your kitchen begins to smell like rotten eggs. Gas leak, you think to yourself. But that’s not gas you smell. It’s a chemical called mercaptan, which the gas company has added to make it easy for you to detect a leak. Natural gas itself is colorless and odorless. So how do gas companies find it underground?

“There are a lot of ways to look for oil and natural gas,” says James A. Gibbs, a consulting petroleum geologist and independent oil and gas producer in Dallas, Texas. An oil seep on the surface of the ground is one telltale sign of gas below, since oil and gas are usually found together. Soil and airborne gas surveys that detect the presence of gas molecules in surface soil and air are another way of finding clues about the possible location of oil and gas. These methods are just the first step though, says Gibbs. What you really need to do is find the underground trap.

A petroleum geologist knows that in order for gas to be present underground, there must be a source rock that produced the gas, a porous reservoir rock (usually sandstone or limestone) that holds the gas, and an overlying bed of impervious rock, called a seal, above the reservoir rock to keep the gas from escaping. This configuration of rocks that allows the gas to be contained is called a trap.

How does a petroleum geologist find a trap? He or she might begin by examining aerial and satellite photographs of the site and mapping the surface. “From these surface maps,” explains Gibbs, “the geologist can project the geometry of the surface into the subsurface to see what rocks may be at depth.” The geologist might also make subsurface maps from data obtained by existing wells nearby.

The geologist will also conduct a number of tests—including gravity, magnetic, and seismic surveys—that supply data about the properties of the rocks below and thereby help the scientist to determine where these gas traps are located. “So you’re not really looking directly for the hydrocarbon, you’re looking for where the hydrocarbon might be,” says Gibbs.

During a seismic survey, listening devices, called geophones, are placed in a line or checkerboard pattern on the ground. Then a series of shock waves—produced either by a dynamite blast or by special trucks equipped with pounding or vibrating machines—are sent underground. Wherever there is a change in the density of rock, which can occur between layers, the sound waves bounce back to the surface and are recorded by the geophones. The data is then assembled by computer in a two- or three-dimensional record called a seismogram.

But even then, says Gibbs, “the only definitive test that you have for hydrocarbons is, unfortunately, a bore hole—a well. Because even though you’ve done everything you possibly can to determine the presence of a trap, you may get down there and find that the reservoir rock that you expected to see [is] plugged up.”

Gibbs adds, “It’s like a puzzle or an investigation, in which you take all these geological clues and you match your wits against the rocks and try to imagine where oil and gas could occur.”

Career Advice from a Petroleum Geologist

Career Advice from a Petroleum Geologist

In addition to his work as a consulting geologist and independent oil and gas producer, James Gibbs is president and CEO of an energy company in Dallas, Texas. He has some advice for young people interested in a career in petroleum geology.

First, you need a basic curiosity about the earth. “A lot of kids get fascinated by rock collecting,” says Gibbs. “Or they get interested in dinosaurs, or they get interested in understanding what goes on in mountains. Mines are fascinating to them, or minerals—the shapes, forms, colors of minerals. They get into earth sciences of some kind and then somewhere along the way they start saying to themselves, I really enjoy this. How do I make a living at it?”

Second, you’ll need to study science and math. “Geology is an applied science. It draws heavily on physics, chemistry, and mathematics. Students need to enjoy those courses, or at least tolerate them,” says Gibbs.

Third, you’ll need to go to college and get a degree in geology. Then it’s on to graduate school—either for a Master’s or a PhD—in order to specialize in petroleum geology.

Gibbs has some other tips for prospective petroleum geologists: Learn how to use a computer. Learn a second language. Learn about the customs of other cultures, especially those of other oil-producing nations. Try to get an internship working with geologists. And learn accounting so that if you decide to start your own business someday—like he did—you’ll know how to manage your finances. 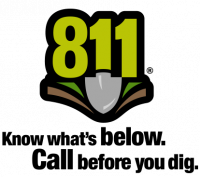 If people dig into natural gas pipelines, the gas can leak out and become a fire hazard. So if you or someone you know is planning a digging project, be sure to call the utility locator service at 811 several days before digging. This service makes sure underground gas pipelines and other utilities are clearly marked so people can dig a safe distance away.

Gas utilities add a highly recognizable sulfur-like odor to natural gas to assist in leak detection. But don’t rely on your nose alone. Be alert for any of these gas leak warning signs:

If you suspect a gas pipeline leak, go far away from the area immediately and do NOT go back until safety officials say it is safe. Do not use electricity or fire. Even the tiniest spark from a phone, flashlight, or match could ignite the gas.

If you suspect a gas leak in your home, get everyone out of the house and go to a safe location. Do not use a light switch, candle, flashlight, TV, radio, garage door opener, or any kind of phone.

In both cases, report the leak to 911 and the local natural gas utility from a safe location.

Because gas appliances use a flame, it’s important to keep books, papers, gasoline, or other flammable materials away from natural gas water heaters and furnaces.

A gas is a substance whose molecules are in constant, rapid, random motion. As a result, a gas will spread out and take on the shape and volume of whatever container it is in—whether a jar, a room, or the atmosphere! This is very different from a liquid or a solid. The molecules in a liquid do not move as fast as those in a gas. A liquid can take on the shape of its container but will keep the same volume, no matter what container it is in. The molecules in a solid just vibrate in place. That is why a solid will retain both its shape and its volume.

Natural gas is a mixture of hydrocarbons, mostly methane. A hydrocarbon is a compound that contains only hydrogen and carbon atoms. The chemical formula for the hydrocarbon methane is CH4. A molecule of methane consists of four hydrogen atoms bonded to one carbon atom. Some other hydrocarbons found in natural gas are ethane (C2H6), propane (C3H8), and butane (C4H10)—all used as fuels.

Try these exciting experiments and explorations:

The Pressure’s On Advanced Experiment

How Dense Can You Be? Exploration

< Back to Energy Science-SMART!
Onward to the Next Section! >
Go to Top